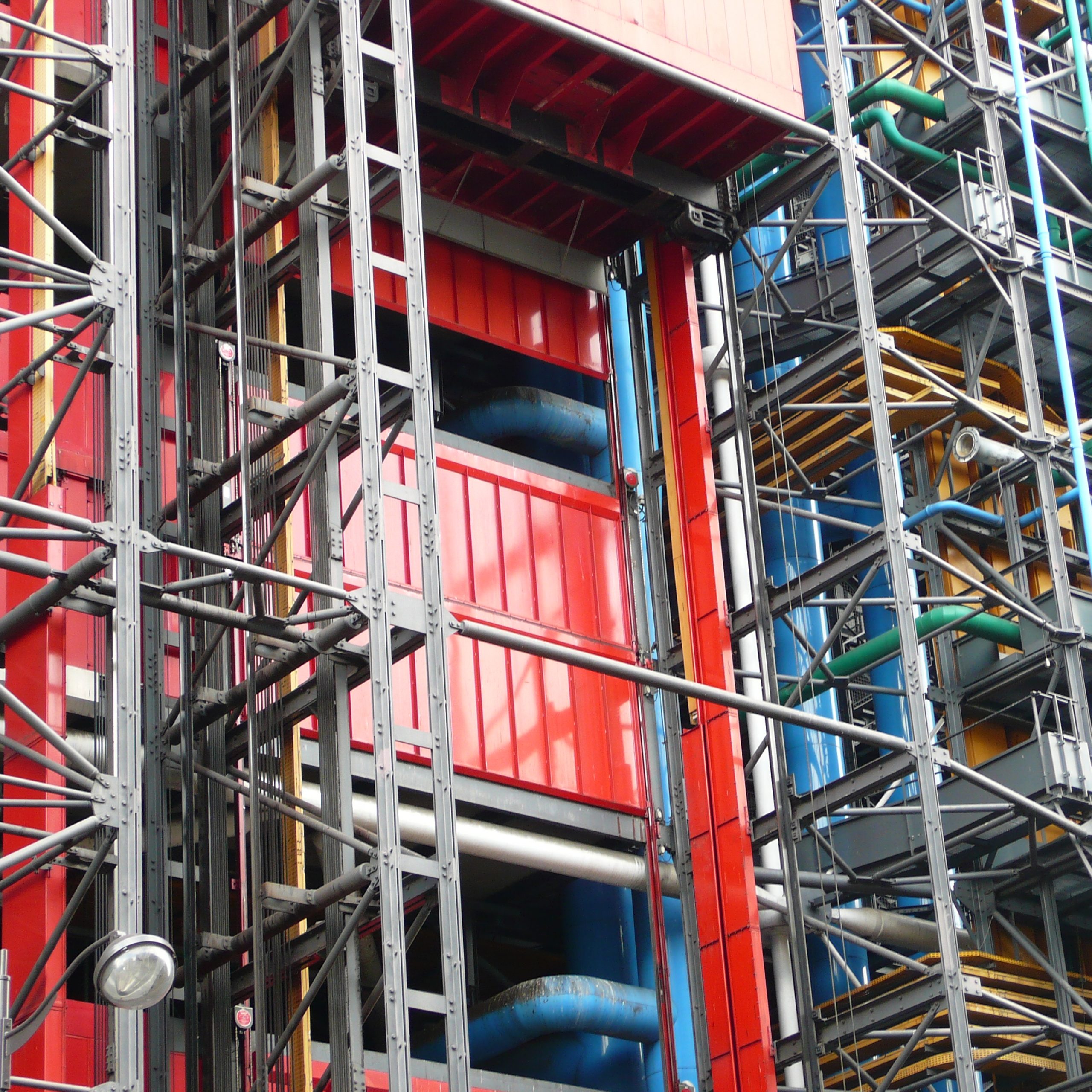 Nowadays, technological and digital evolution have transformed society. Nobody could have imagined in the past that we would become practically technified. This evolution covers all areas: health, education, industry and food, among others. In this sense, architecture has also had a progressive advance, giving rise to new trends where the structure, facilities, enclosures and other construction systems, become the protagonists. It is called High Tech architecture.

Due to this evolution and idea, a new architectural style arises during the 70s combining architecture with high-quality technology called High Tech which aims to capture an industrial appearance in all designs and constructions using industry-specific resources specially to make roofs, walls and floors.

This trend sought to stand out against modern architecture through the multiple elements of construction used and which were the protagonists of the works, such as stairs, elevators, lighting systems, steel material and glass.

The characteristics of this type of architecture have changed over time, among which we can mention:

The main foundation of the High-Tech architecture is that both the structure and the details in the construction process are made of technological materials, integrating glass, stainless steel, among others with the facilities, taking into account the lighting, the walls, roof, floors, etc.

The technological evolution allows to be in a constant search and research on the new materials (steel, polycarbonate, aluminum, glass, etc.) and theirs uses, thus achieving the promotion of technological development

One of the first High-Tech architecture constructions is the George Pompidou Center, located in Paris, designed by architects Richard Rogers and Renzo Piano and opened in 1977. This style can be observed from outside the construction, because its facade has several exposed tubes and structures. Betting on the most extreme brutalism can be seen as the steal structure steals the role to the skin of the building, which is in the background.Technological materials mentioned above: glass, stainless steel and gerberet pieces (as a tribute to engineer Gerber). Protagomismo of the conduits of ventilation and air conditioning, the systems of illumination, the elevators to the sight and the stairs. Another of the emblematic works of Hight Tech architecture is the Arab Center of Paris, built in 1987 by the architect Jean Nouvel, like the previous one, the High Tech style stands out in its façade since it has technology to control the entry of the sun’s rays. It was created by France and the States of the Arab League to promote and disseminate Arab culture and to build a place for meetings and exchanges in order to strengthen cultural and social ties between both countries. It is a synthesis of Western and Middle Eastern architectural concepts. Our façade is double architectural duality through geometric Arab patterns in the form of mobile diagrams, simulating a camera. The Museum of Tomorrow

The Museum of tomorrow located in Rio de Janeiro, Brazil was designed by architect Santiago Calatrava. It also applies High Tech style predominating in its roof which is cantilevered in the form of wings, scattered over almost the entire dock. The 9,200 square meters of water mirrors form the base of the building and that are complemented by the water of the bay. Photograph of the Museum of tomorrow by Rodrigo Soldon Souza

Architecture Alicante: Obtaining the energy certificate of your home