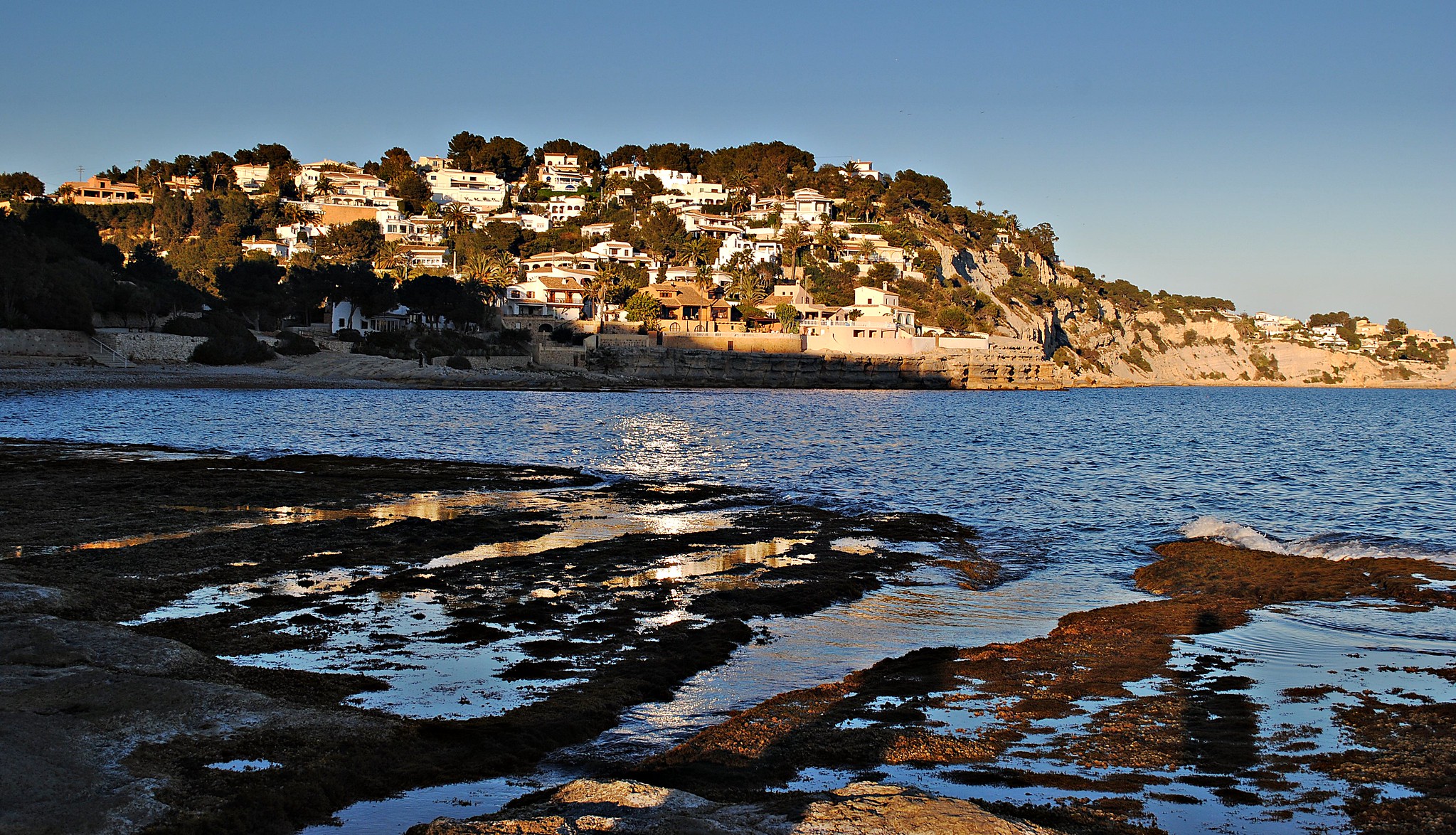 Benissa is a municipality and city of the Community of Valencia, specifically located northeast of the coast of Alicante in the Marina Alta region. It is a quiet town that stands out for its crystal-clear coves in a pine environment, as well as a historic center that attracts both residents and visitors.

It is cosmopolitan city that gives you the opportunity to travel four kilometers of coastline along a path that runs the most part of it.

Benissa is located in the Marina Alta region. It has a rectangular to square area of 69.7 km² of which 4 km are coasts.

It is a municipality of the Community of Valencia with a fusion of landscapes. On the one hand, it is open to the Mediterranean Sea which offers you several beaches, being La Fustera the most famous one. On the other hand, it has a heterogeneous relief with mountainous areas such as the Bernia mountain range which is the most important one with 1,200 meters high.

Part of the city is about 200 meters above sea level. It is a city that allows you to do all kinds of social, cultural and commercial activities.

According to the 2017 census, the city of Benissa has 10,879 inhabitants, of which 44% are foreigners. The majority are people from various European Union countries.

Benissa is a city with a mixture of Iberian, Roman, Arabic and Christian cultures. Although its history is not totally defined, there are traces of the passage of the Romans through the discovery of coins, amphorae, as well as other distinctive accessories from that period.

It also has an Arab presence since the origin of its name belongs to an Arab population nucleus, and these names are maintained in various rural areas.

In 1248, with the arrival of the troops of James I of Aragon in Benissa, this place became part of the Kingdom of Valencia. Later, in the 15th and 16th centuries, Benissa suffered constant attacks from the Berbers. At that time, the population of the interior was mainly Muslim, but on the coast were the Christian settlements.

It was repopulated in 1609 with the expulsion of the Moors by people from the Pyrenees of Catalonia and Aragon.

Benissa is a city that preserves a medieval architectural style in its historic center. Its streets invite us to dream and to want to discover everything that happened there and to be a protagonist of history.

Its landscape takes us on a journey to the past, to the Middle Ages with cobbled but well-preserved alleyways, roofs of Arabic tiles, century-old walls, old stately homes with façades that combine stone and white plaster.

It is the ultimate visualization of the art and architecture of our ancestors. Just imagine that you are visiting an open-air museum, with a well-defined architectural style where you can observe and feel firsthand the techniques that were used.

The best of all is that this architectural style has been maintained over time, although there are some structures that have been transformed internally.

For example, in Purissima street, near the St. Peter church-fortress, the houses of Benissa’s most renowned families were built in the 18th century, such as the Pere Bigot family and the Casa de los Andrés, the latter considered the most important representation of Benissa’s architecture, which were later transformed into the headquarters of the University of Alicante.

Walking through Benissa’s historic center is a real pleasure. It takes you back to the Middle Ages and the Renaissance. Several of the architectural gems that you can visit when you come to Benissa are described below.

We can begin our tour by the Old Square Church where we can see the image of the St. Peter fortress- church that was built in Benissa in the 14th century with a medieval architectural style, which was reformed in the 16th century until it was transformed into a square in the 1950s.

Then, we can pass by the “Les Escoles Velles” Building or the old Escuela Graduadas de Benissa, which was inaugurated in 1936 and was the first public school in the city. It is currently under restoration.

The Church of the Purissima Xiqueta, known as the Cathedral of the Marina, was built in 1929 in a neo-Gothic architectural style consisting of three naves, a central nave and an altar.

Other monuments that should be visited are the Abargues Museum, which is a palatial house built in the 18th-19th century; and the Cultural Centre-Library, formerly known as the Old Torres-Orduna Palace, built in the 16th century.

Benissa is not only about historical buildings with outstanding architecture, it also has four kilometers of steep coastline with cliffs and small coves invaded by pine trees, characteristics that make it a varied natural architecture.

Its beaches are beautiful, a work of art before your eyes, with an incomparable contrast of nature and sea, with gravel stones and rock in small and numerous coves, which make it ideal for diving and sailing.

The most popular beach is “La Fustera”, filled with fine sand and all services. There is also the Bassetes Bay from where you can observe the Ifach Rock.

If you want to know a little bit of history and also be able to have fun on fine sandy beaches, you have to visit Benissa, a city full of charms.

Arquifach, architectural studio in Alicante, advises: legal and tax considerations in the purchase of a second-hand house on the Costa Blanca